Stinging nettle root, also called common nettle, is a herb that is often prepared as a tea and used as a folk remedy. During the last decade, stinging nettle has become a staple ingredient in many testosterone boosters. Labeled as nettle root extract, this is a super concentrated version of the root.

Many supplement brands promise that it can increase natural testosterone production by inhibiting hormones that bind to testosterone, making more of it available in your bloodstream. Should you believe the hype? Is a stinging nettle testosterone booster really worth spending your hard-earned money on?

Let’s take a look at what this common plant is, stinging nettle benefits, and whether or not it can improve testosterone production.

What is Stinging Nettle Plant? 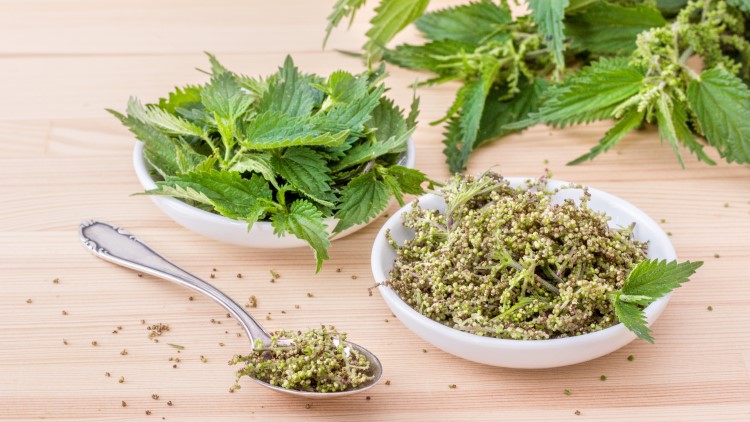 Stinging nettle (urtica dioica) is a leafy green that doesn’t have any distinctive physical features, but you’ll know if you’ve found it if you get a stinging rash from its leaves. Common nettle leaves are covered in what appear to be soft hairs. Once you touch them, you’ll find out the painful truth that these so-called hairs are sharp and cause instant numbness and inflammation. Most people also report a burning sensation as a rash develops.

The Health Benefits of Stinging Nettle

Before we uncover whether or not common nettle can increase testosterone levels, let’s explore other proven stinging nettle benefits.

Anti-Inflammatory: Ironically, stinging nettle root is a powerful anti-inflammatory. One study found that it was effective in treating rheumatoid arthritis inflammation.

Seasonal Allergies: While it may cause a rash and inflammation if you are unfortunate enough to get it on your skin, once prepared and consumed, stinging nettle is a natural antihistamine. Studies show that subjects reported a decrease in seasonal allergy symptoms when using stinging nettle.

Prostate Health: Up to 90% of men will experience an enlarged prostate. This uncomfortable condition can progress to the more extreme scenario of cancer if left untreated. Studies show that stinging nettle can support prostate health, helping to reduce inflammation and associated symptoms.

Despite its name and reputation, stinging nettle can still be used an effective herbal remedy. Nutritionally, it contains a variety of compounds that may support your health including plant steroids and oleanolic acid.

Traditionally prepared as a tea, stinging nettle plant was used to treat urinary tract infections, hay fever, and joint pain. While not all of these traditional usages can be verified as effective due to a lack of studies, it’s worth noting that stinging nettle has been used for these conditions for hundreds, if not thousands of years.

Stinging nettle side effects are rare, but some people do report that they experience increased sweating, upset stomach, and diarrhea from consuming it.

Now, the most important question: Can nettle leaf extract boost testosterone levels? The short answer: Maybe, but probably not. While the stinging nettle plant is still being considered as a potential support agent for testosterone production, results are inconclusive.

Stinging Nettle and Free Testosterone: One study found that stinging nettle was somewhat effective in protecting testosterone from being occupied by sex hormone-binding globulin (SHBG). In other words, it was able to increase the amount of free testosterone in the blood… when studied in-vitro or a lab study that does not involve animals or humans.

Stinging Nettle and 5-Alpha Reductase: This is one benefit that may have some promise, but only time and human-based studies will tell. The compound 5-alpha-reductase promotes the conversion of testosterone into one of two things: estrogen and dihydrotestosterone or DHT. The former can promote gyno-like symptoms such as man boobs, and the latter can make you go bald. One study found that rats who received stinging nettle had reduced levels of 5-alpha reductase and higher levels of testosterone. While animal studies are promising, human studies have yet to be conducted.

How to Supplement Stinging Nettle

When it comes to stinging nettle being an effective testosterone booster, the evidence is (very) limited. In fact, to err on the side of caution, most researchers would recommend using a different ingredient altogether for healthy testosterone production.

Let’s say that you have faith in those animal-based studies and you still want to use stinging nettle as a testosterone booster. Is there a way to supercharge your stinging nettle supplement so that you see results no matter what?

Ginseng: A potent herbal remedy hailing from Asia, ginseng has long been used for overall health and wellness. When it comes to men’s health, ginseng has been shown to support healthy testosterone production.

Upgrade Your Lifestyle for More Testosterone

If you want to see testosterone levels spike, more often than not, drastic measures aren’t necessary. Exercising more, eating a healthy and all-natural diet, and supplementing with a proven t-booster like TestoGen can be enough to kickstart your testosterone production.