Soya products are really taking the market by storm nowadays, but not everybody’s convinced that soy is beneficial.

You see, some say that soy and testosterone are directly connected, and not in a good way…

Not only are people scared that soy lowers testosterone, but many actually believe that soy is bad your health in general. Some even say that soy consumption leads to man boobs…

Question is though, is it fact or fiction? Does soy lower testosterone? In general: is soy bad for you?

With soy slowly seeping into our diets, including as a source of protein for fitness and bodybuilding enthusiasts who want to grow muscle, it’s important to know what’s actually in it.

Time to separate myth from reality and get down to the bottom of how soya beans actually affect you and your body.

Whether you’re a vegan, vegetarian, or a meat-eater who happens to sometimes eat stuff with soy in it: you might want to read this article…

What is soy, or soya? Well, it is really a lot of things actually. Just have a look at the table below, those are all soy-based products:

That’s right, that’s ALL basically the same product, and so the chance of you consuming soy at some point in life is not so unlikely.

Even if you never eat vegan or vegetarian, and you tend to stay away from tofu and all that kind of stuff, there’s still a good chance you’ve had it.

Just think about the last time you ordered Chinese takeaway, or ate some sushi and had soy sauce on the side… 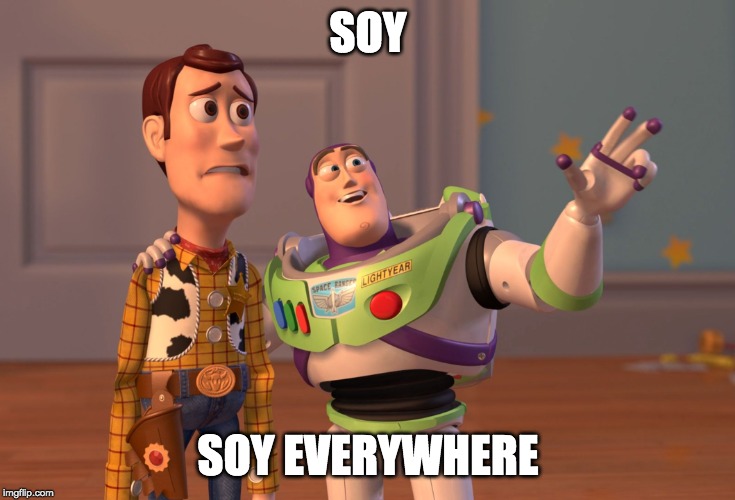 Technically, it’s actually two of those things. Soybean (officially called Glycine max) is a legume species that grows in East Asia. In other words, it’s a plant.

But, as the name suggests, the plant contains beans – soybeans – which are the edible parts of the plant that are used to make all those soy-based products.

Oh, and you know how edamame is a bean but also soy? Well, that’s because edamame is soybean.

That’s right. Edamame is actually a preparation of immature soybeans or just soybeans that aren’t fully grown yet.

Ok, so soy is many things, but what does soy do to your body (and testosterone levels); is soy bad for you?

Well, one of the main reasons why soy has actually become so popular in the first place is because of the perceived health benefits it has.

In particular, it’s a great food alternative for vegans, as it’s extremely rich in protein. Another bonus is that it doesn’t contain fat.

But then why does everybody keep saying it’s bad?

You see, the biggest issue is that it supposedly messes up male hormones, supposedly lowering testosterone levels, feminizing men, and turning them into what has become a popular insult: a soy boy.

But note the word “supposedly” in that previous sentence. The thing is that nothing of this has really been proven.

Many studies seem to contradict each other, and the majority of studies saying soy lowers testosterone, like this one, have been done on animals instead of humans.

Yeah, it’s confusing. So let’s have a closer look and see what science has to say about the link between soy and testosterone… 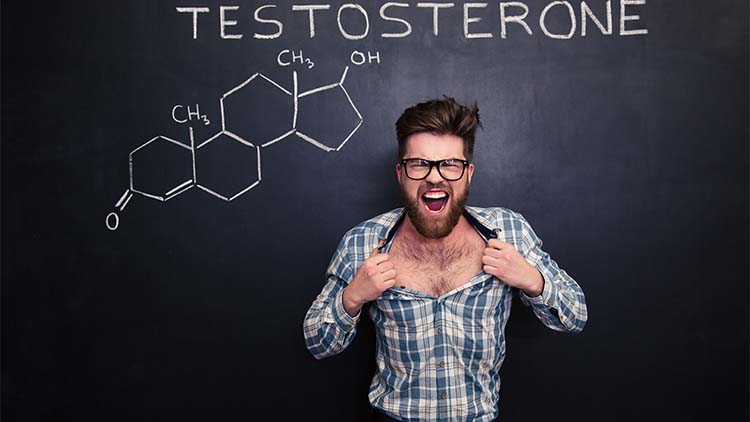 What’s the link between soy and testosterone?

Ok, before we get into this you need to know what testosterone is. In short, testosterone is the dominant male hormone that does loads of stuff in our bodies.

It makes us more manly, it increases energy and power, it stimulates muscle growth, it raises fat metabolism, it boosts your libido… The list goes on and on!

Getting back to soy and testosterone, let’s start by looking at so-called isoflavones, which are found in soy, and how they supposedly feminize men.

What are isoflavones, you ask?

They are a class of phytoestrogens, which – as the name suggests – are related to the female hormone estrogen.

More specifically, isoflavones come from plants – including soybean – and they can stimulate estrogen-like reactions in mammals.

Well… In theory, it does, but in practice, this might not be the case. See the thing is, nobody ever really managed to, well, prove this is true for humans…

For example, this study shows how high doses of isoflavones inhibited male sexual organ development. And this study here at really similar results.

Problem? The subjects in the study are male rats.

And even though studies are often performed on rats to predict the outcome on humans, it doesn’t mean that rats and humans are the same or that what works in a certain way on rats will work the same way on humans.

Humans are not rats, it’s as simple as that.

And an extra thing to note here is that the rats were given high doses of soy; higher than you will consume when sticking to a vegan diet high in soy or when using soy protein for muscle building.

Ok, so maybe those studies on rats are not the most trustworthy sources. But surely people have conducted research on humans, right?

Yes, people have done studies on humans and their soy intake.

The problem? The results are conflicting, as some studies say that soy beans had no noticeable effect whatsoever, while others say that a high soy/isoflavone intake resulted in a clear decrease in “male” characteristics.

This study, for example, analyzed a group of male participants and found a clear decrease in semen quality in men who consumed more soy foods and soy isoflavones.

Thus, they concluded, soy is associated with lower sperm concentration.

But that’s just one study. See, it all depends on who you want to believe. This study, for example, looked at how soy protein isolates of varying isoflavone content affected male semen quality.

The result? Exactly the opposite of the previous study: no adverse effect on semen quality.

And this is the annoying part; we can’t answer the question “does soy reduce testosterone”, because nobody knows for sure. We can’t claim the soy testosterone myth is, well, a myth, because we don’t know.

So what can we know?

Well, we can have a look at some of the guys out there who consume a lot of soy and whether they have feminized. 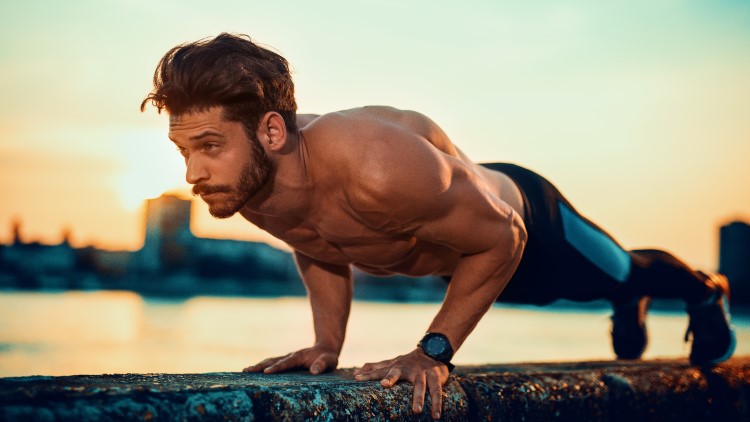 For example, there are a lot of vegan bodybuilders out there who will definitely tell you that the whole “soy lowers testosterone” thing is a myth.

Just to give you some examples, take Torre Washington here, who has been raised vegan and definitely doesn’t struggle to build muscle!

That’s right, you can enjoy a diet with a lot of soy products, yet still, build massive muscle mass!

Same goes for this guy:

Korin Sutton is another pro-bodybuilder who manages to gain and maintain muscle on a vegan diet. All plant-based products – including a lot of soya products – and yet such a physique!

You get the point, right?

So does soy lower testosterone?

It’s a difficult question, granted. It’s difficult to say whether soy and testosterone are really linked that much and if so what the effects are.

See people tend to hate on soy products and say they give you feminine hormones, but equally, those bodybuilders above – and many more with them – would beg to differ.

And since scientists can’t make up their minds either and they tend to do much of their research on rats anyway, you can’t really rely on their help either…

So what to believe?

Honestly, it’s up to you. But until anybody comes with proof, you probably don’t have to be scared every time you splash some soy sauce on your food…